Pow Toon is a great site for creating animated presentations.  There is a big learning curve, but I think with some work the children could put together some cool stuff.

40 Book challenge by the numbers 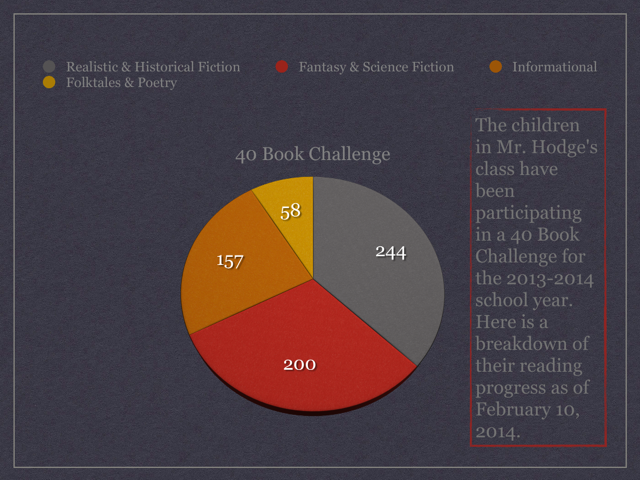 At the GaETC, I was introduced to a new "wall style" posting website called Lino.  I thought this was an interesting way to present the children's Presentation slides created in their Google Doc accounts.  I recommend clicking on this link to view in a new window or scrolling down to the bottom right tab in the cork board below to navigate the page.

Here is a cool video that our students created to explain some of the aspects of the Transcontinental Railroad.

"How do we Make our Learning Visible" Brainstorm

Because of today's vision screening, we didn't have math class.  During that time, we brainstormed how we could make our learning more visible to the members of our community.  Here is what we came up with.

I'm always overwhelmed by the many things that we can do using the Explain Everything app.  I highly recommend picking it up for your children to practice with at home.  Here is a reader's theater performance that we made visual using the app.

Documenting science experiments with explain everything

Watch the video that we set up so that you can make a hypothesis on your lab sheet.

proconit:  A platform for supporting opinions

Over the next six weeks, the children in Mr. Hodge's class are going to explore writing opinion and augmentative pieces in class.  I was exposed to ProConIt.com by a colleague on Twitter and thought it would be a great tool for the children to use as they begin to support their opinions with evidence.  When you vote, the widgit will ask you to log in.  Just select the "Google" option and enter your @shakeragsharks.org address. 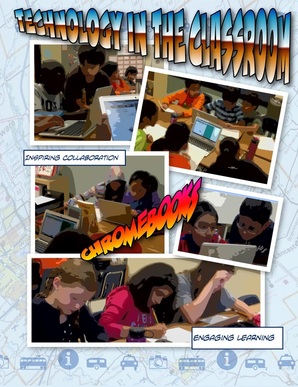 For years I tried to place children into groups with all hopes that they would come away with more than they would working in isolation.  Time and time again I walked away disappointed with the outcomes.  Arguments, off task behavior, and lackluster products were the norm in my class.  Then a couple of years ago I witnessed a teacher in a classroom where the children worked in groups with ease.  I asked her what her secret was and she told me, "They have to have a specific role.  If you just throw them into a group, then anarchy ensues."

Ms. Johnson created a wonderful webquest where the children logged onto Ben's Guide to research the United States constitution.  The roles I created were as follows:

7 Habits Rocket Launch:  A beginning of the year exercise

This week the children began to review the 7 Habits involved in Shakerag's Leader in Me program.  They formed groups and worked on the habits while constructing a rocket to be launched later in the week.  Below is a video that one of the students filmed about the experience.

The 7 Habits Rocket Launch from Daniel Hodge on Vimeo.